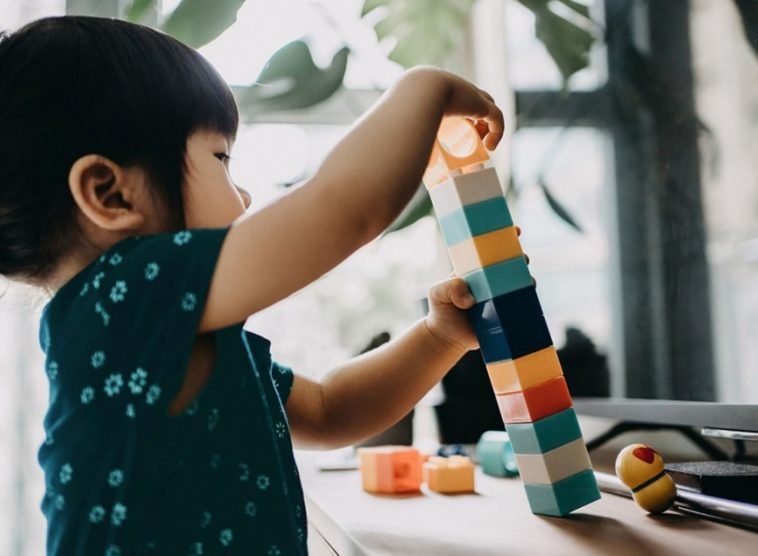 Fine motor skills delay in children has always been a topic of worry, bothering many parents. But before giving any opinions, why don’t we read about it?

No two children are the same, we cannot compare them at any point in time, and children learn skills differently and at a different pace. Yet, we land up doing so, pushing them to achieve something they may not be ready to and force them to perform like others.

How is it possible for your 5-year-old to behave like ten other 5-year-olds? How is it possible for your child to do all of these activities – read, write, sing, play, dance, swim, and skate? Your neighbor’s child may be good at singing, your colleague’s child is a good swimmer, but the question is – What is your child’s strength? Let us not forget the child’s individuality; let us not make them a part of the rat race; let us not try and clone them into something they are not.

We have to take control of our expectations, which are forced upon the child, the expectation to excel in everything!

These thoughts came to mind as a student of mine called me to say that his son is 3 years old and is still not writing. Being a doctor, he jumped to the conclusion that his son was suffering from Fine motor skill delays. I asked him to come to my clinic with his son. I could not have given a diagnosis without seeing the child and his parents. Yes, seeing his parents is also an important aspect here as I need to understand the effort taken by them with the kid, their understanding of fine motor skills, and their expectations from the child.

As Anil entered the clinic, I could see that he was anxious, as if his son has come for an entrance examination on which the poor kid’s whole career is dependent. I asked him to sit, relax, and have a cup of coffee.

I asked him about his life after college, how his practice was going on, what he was planning on doing next, etc. He said that a Ph.D. is out of the question as he does not have the required patience to go through research papers and write some of his own. So, he will be focusing on his job and clinic. A very valid point I said, a Ph.D. does require a huge investment of time and energy. Meanwhile, his son, Ayush, played around in the clinic, like any other 3 years old.

Now that Anil was relaxed, he asked me, “Ma’am, do you think Ayush has Fine Motor skills delay?” I looked at Anil and decided to tell him first about all the activities included in fine motor skills.

So I started from the beginning, the activities a child should be doing from birth onwards – I asked him to put a tick mark on the activities, which Ayush did when he was in the age group of 0-6 months.

Anil looked at me, surprised; he had not thought about all these reflexes! And so started my journey to educate him on what development delays and developmental disabilities are.

Realizing that there is a lot more than labeling a child as having abnormalities, Anil asked me. “So, are there different types of developmental delays”?

It is the ability to think, learn, and solve problems. In babies, this looks like curiosity. Babies love to explore the surrounding around them, using hands, eyes, and ears. As they grow up and reach toddlerhood, they start to explore the world by counting things, naming colors, asking questions, and experimenting with language.

It is the ability to relate to other people. An important indicator of social and emotional skills is the child’s ability to express himself and gain control over his emotions. These babies’ skills are expressed with smiles and babbling to communicate with people around them. In toddlers and preschoolers, social skills become better and more honed; they can ask for help, formulate questions, and express their emotions more clearly.

It is the ability to use and understand language. For babies, this includes cooing and babbling. It includes understanding what is being said by the babies, using words correctly, and in ways that others can understand in older children.

It is the ability to use small muscles (fine motor), particularly in the hands, and large muscles (gross motor) in the body. Babies use fine motor skills to grip objects. Preschoolers and toddlers use them to do things, such as hold utensils, work with objects, draw, etc. Babies use gross motor skills to roll over, sit up, and begin to walk. Older children use them to do things like jump, run, and climb stairs.

It is the ability to handle everyday tasks. For children, it includes eating, dressing, and bathing themselves.

Anil was quiet for a moment, and then he said, “Ayush seems to be alright on most of these things. It is just that most of the other children his age seem to be doing much more than him.” I looked at him and replied, “Isn’t that normal though, Anil. Like many people your age have done their Ph.D., but you haven’t, or a lot of people your age have not even done their graduation studies, but you have. Does that mean that you or the others have a developmental delay?”

Understanding my point, Anil asked, “So, what are the signs that I should look out for to identify a developmental delay?”

I was happy to help him, knowing that he had understood the concept. With that, I told him, “There are many signs of fine motor skills delay in children that you should look out for. Children with fine motor delays are not interested in grasping objects. They often have poor hand-eye coordination; they can appear to be clumsy. And children who are old enough to go to school, a fine motor skills delay can be displayed by a love for the playground & physical activities, but avoiding table activities like writing, drawing, or eating meals with a utensil.”

I added further, “Children with fine motor skills delay have trouble doing things with their hands, which other children normally enjoy, such as building with blocks, scribbling on paper, or even sticking their tongue out to taste the food.”

I showed him a chart that roughly estimates the milestones that a child should reach at different ages and the implication if a child does not reach them. Again, I emphasized that if a child does not reach a particular milestone at a certain age, it does not imply that an abnormality or a delay is present. Parental pressures also reflect in some children as their unwillingness to take up various tasks. Giving the child their independence and freedom to learn things at their own pace is very important. Our roles as parents are to provide guidance and not force them to learn and perform.

Adding to the above information, I told Anil that the parents could do many things to help the children develop to their peers’ level. The most important among those is introducing fine motor skills activities daily as part of fun and games. You can introduce play-Doh to the child or just plain wheat flour, spray painting, playing with spoons, etc., to improve writing skills. Research posits that writing on a vertical surface develops muscles better and more effectively than writing on a flat surface, so the use of easel and whiteboards could be helpful too.

With understanding in his eyes, Anil concluded beautifully – Each child is a wonder in himself; let us shape them and not put them into predefined casts.

I am an academician, a passionate dietician and a public health specialist for Non- communicable diseases. With a Ph.D. in environmental science and a member of the American Society of Preventive Cardiology, I aim to spread authentic, evidence-based information! With more than 10 years of experience in clinical nutrition and public health, I understand the challenges of balancing work and life and the importance of giving ourselves and our family the best possible advice.